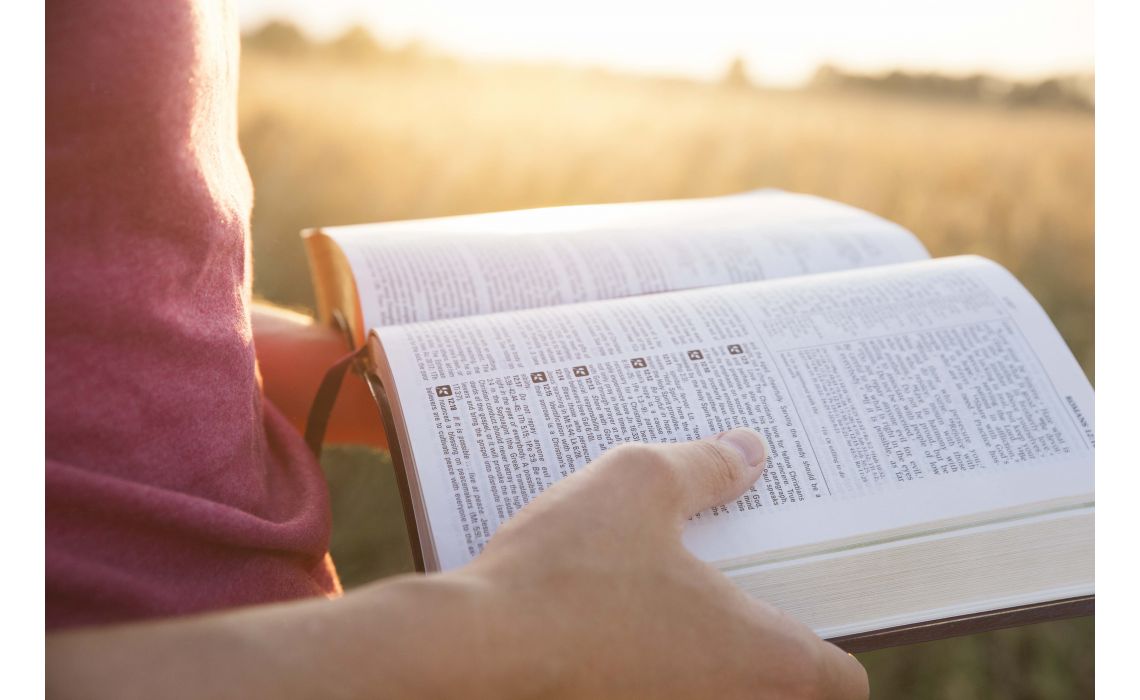 Storyline: 12 Plot Points in the Story of the Bible and How they Help Us Evangelize a Post-Christian Culture

There was a time when many people had read the Bible enough to know how it was put together. This was even true of atheists. In his book “The God Who is There”, D.A. Carson calls them “Christian atheists”. In other words, the God they disbelieved in was the God of the Bible.

But today, there are a rising number of people who have no idea how the Bible works at all.

They may have heard about David and Goliath, the Prodigal Son, or John 3:16, but these snapshots from the Bible do not tell the full story and they definitely don’t reveal the main purpose of the story.

The Bible contains Christianity’s “foundation documents”. There are 66 books written over 1500 years by 40 authors in 3 languages.

All of these foundation documents have been put together to form a Book that we call the Bible. But if you’ve read the Bible at all, you know that it doesn’t read like a normal book.

This leads many to think the Bible is a random collection of documents. Consequently, they think they can randomly take from it what inspires them or makes sense to them.

But the stories in the Bible are not randomly selected. They’re not like the disconnected stories on the evening news or the product of a iPod on shuffle mode. The books of the Bible are much more like movements of one great symphony.

Every story in the Bible is connected to this one great story.

For centuries, our society has worked very hard to deny that there is an author to this story of life while still trying to hold on to a plot. Of course, this was always going to fail, which is why there are some today who deny the plot as well.

But most of know deep down that this is simply not true. Most people have a deep curiosity about the big questions of life:

12 Plot Points in the Story of the Bible

And this is where the story of the Bible shines brightest. The story of Christianity makes the most sense out of our individual life stories and out of what we see in the world’s history. It’s the story that makes sense of every other story in the world.

Here are the 12 major plot points in the story of the Bible.

God Reveals Himself to Us

God speaks. The Creator reveals Himself to His creation. He does not leave us to stumble around for Him in darkness. He gives us His Word to tell us everything we need to know about Him, ourselves, and the world He has made.

God meets us where we are and tells us the truth about ourselves. He tells us that problem is sin (Romans 3:10-19). But God also provides a solution. Just like He did with Adam and Eve, God offers life, forgiveness, and peace to all who will receive it.

God is merciful and patient, but He is also holy and just, and He reserves the right to judge sin. If we find God’s judgment offensive, it is only because we think we deserve mercy. But we are not sick and dying patients being passed over by an indifferent physician. We are condemned criminals, deserving of our punishment and desperately in need of pardon. The fact that God saves anyone is a demonstration of His grace and goes far beyond the requirements of fairness and justice.

God makes Covenants with his Creation

The covenants of Scripture give us a framework for the rest of the story. In the Bible, covenants were life-and-death relationships with God on His terms. In a covenant with God, there is no bargaining, bartering or contract negotiations, because we do not have anything that He needs. He is the one who is graciously extending this covenant to us…

God Gathers a People for His Name

After 400 years of silence, God speaks to Abraham. And here is the promise that God made to Abraham – “I will bless all the nations of the earth through you.” Abraham was not a perfect husband, father, or leader, but he believed God’s promise. God is gathering a people that will be marked by their faith in His faithfulness.

God Rescues his People from Bondage

When God’s people are enslaved by a Pharaoh and suffer harsh treatment under Egyptian taskmasters, God uses Moses to deliver them from bondage and lead them back to the land of Abraham. This story of redemption becomes one of the major themes in the Bible from this point forward. The God of the Bible is one who redeems His people.

Moses led God’s people out of Egypt, and about three months into this journey, the nation camped at the foot of Mount Sinai. Moses ascended the mountain and stayed there for over a month. When he returned, he brought with him God’s law for Israel. The commands of God show us our sinfulness, and then, they lead us into joy. Within the Bible’s storyline, we discover that God’s commands are actually bound up with the joyous freedom of life lived under the God who made us.

God Reigns over his People

When God’s people finally arrived at the Promised Land, they failed to enter because of their unbelief, and for forty years, they wandered in the wilderness. When they eventually made it into the promised land, they still struggle to remain faithful to the Lord. So God raises up a king named David. He makes a covenant with David, and He promises to establish an eternal kingdom through Him. Then, as the story unfolds, we learn that God’s kingdom will eventually encompass the entire world and include people from all nations.

God Comes to Save Us

The resurrection of Christ is the decisive blow. Satan has been defeated. The seed of the woman has crushed the serpent. It may not feel like the battle is won, but it is the truth. Jesus reigns. All authority is His. He is King of Kings and Lord of Lords. And He has left us here as the church because He has not finished His work here on earth. We are called to proclaim the gospel and take the message of Christ to all the nations.

What are we waiting for? We are awaiting nothing less than a new heaven and a new earth. We are awaiting a day when everything that is broken by sin will be made new again. There will be thousand of things to enjoy in the new heavens and new earth, and all of them will bring eternal joy and pleasure for those who see the face of God. The physical will once again perfectly reflect the spiritual, and the spiritual will once again inject meaning, life, joy, and satisfaction into every part of our existence. This is where we look in hope, and this is what we pray toward.

Everything in this story is focused on the person of Jesus Christ. Everything before His birth points forward to Him, and everything after His ascension builds on what He has done.

All of the Old Testament has been pointing to Christ, and every point in this storyline of the Bible has been leading to this one.

Jesus is the Son of God, the second member of the Trinity, who was separated from that perfect love, unity, and fellowship when He took our sin on Himself and died on the cross.

Jesus is the blazing center of God’s Glory. He is the Word of God that spoke the world into existence and who upholds it now by His power. He is the perfect image of God, and He is restoring us into that image.

Jesus is the Second Adam who also wrestled with temptation in a garden, sweating drops of blood in agony but emerging from that garden without sin. He is the seed of the woman that has come to crush the serpent’s head.

Jesus is the one who drained the cup of God’s wrath, taking the judgment that we deserved so that we could be restored in fellowship with God.

Jesus is the seed of Abraham (Galatians 3:16). Through Him, all the nations of the earth are blessed. We are a part of the people of God, not by birth or ethnicity, but by virtue of our connection to Christ by faith.

Jesus is great David’s greater son. He is the promised one, the Messiah who fulfills all the promises of the O.T. He is King of Kings and Lord of Lords. He has ushered in God’s kingdom on earth, and one day, we will see the complete manifestation of this kingdom when He returns.

Finding your Place in God’s Story

Jesus, the perfect, holy, all-powerful, glorious Son of God, left the glories of Heaven to take on flesh and dwell among us.

He lived a perfectly sinless life. He healed the sick, forgave the sinner, and fed multitudes. But instead of worshipping Him as Savior and King, we crucified Him.

We hated Him, because in our sinful hearts, we wanted to be God. We shrunk back from the stunning Light of God, and we chose our darkness.

He was despised and rejected. And eventually, He was betrayed by one of His disciples for 30 pieces of silver.

Hanging on that cross, the spotless Lamb of God was slain for our sin. He takes his final breath, bows His head, and utters these final words, “It is finished.”

They laid His body in a tomb then everything was quiet. God’s people once again find themselves in painful silence.

But three days later, they discover that the sacrificial death of Jesus was only the first act. The resurrection followed, forever cancelling the debt of sin and proving that the payment was accepted.

The story of God is not over. He is still calling people to trust in Christ and receive salvation. He is still using His church to take the message of the gospel to all nations.

Have you put your faith and trust in Christ?
Are you taking His message to the world?