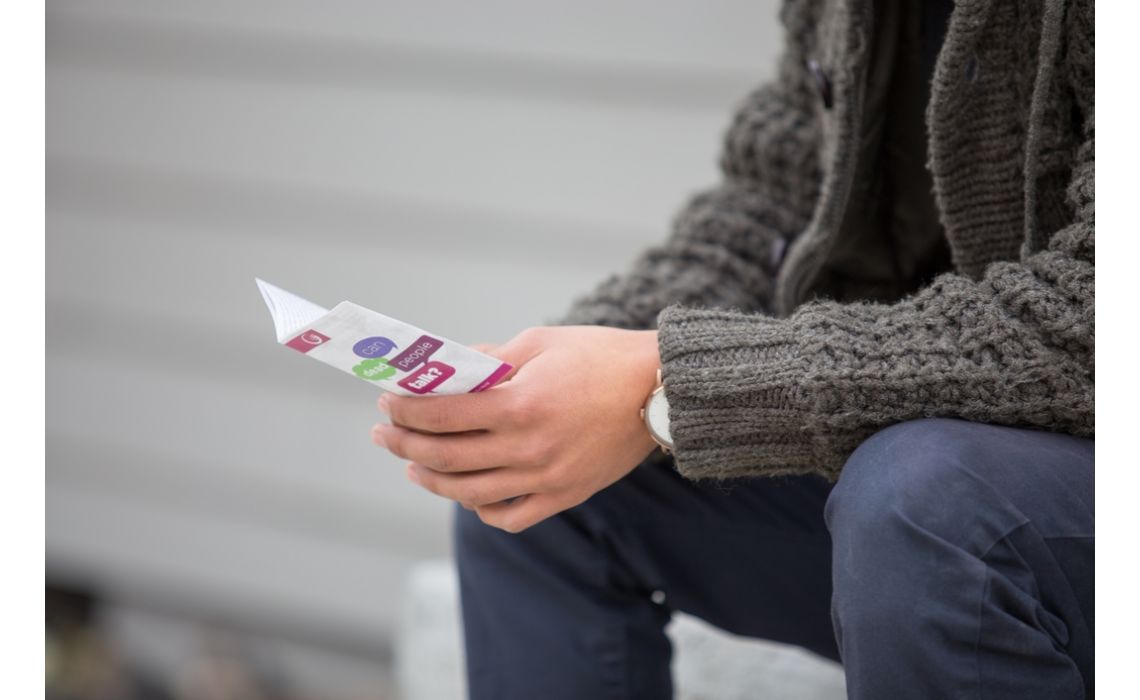 The Surprising History of Christian Tracts

“I am Mitsuo Fuchida, who led the air raid on Pearl Harbor. I have now surrendered my heart and my life to Jesus Christ.”

His voice rang out over the loudspeakers. Crowds swelled, choking the busiest street in Osaka. Standing on an automobile, his makeshift stage, Fuchida hid his nervousness, “Now I’m a Christian, and I want to let you know how I became one”.

Hurrying through Tokyo’s Shibuya Station, Captain Fuchida’s mind was churning. He had been summoned to General MacArthur’s war crime trials. Someone interrupted him, giving him something irresistibly “fascinating.” It read “I Was a Prisoner of Japan.”

Formerly filled with bitterness and hatred, POW Jake DeShazer shared how Christ had changed his life and filled his heart with forgiveness. Fuchida recounted, “It was then that I met Jesus, and accepted him as my personal savior.”

Working with the publishers of the tract that changed his life, Fuchida wrote his own tract: “I Bombed Pearl Harbor". These tracts have introduced hundreds of Japanese to Jesus.

Tracts have a long and diverse history, being in use since before the printing press to spread ideas — usually controversial, usually religious or political. Since ancient times, God has communicated to humanity through writing; and similarly, Christians have used tracts to communicate truth for centuries.

Before the printing press, tracts consumed an incredible amount of time and energy to produce. Early Christians were willing to pay the price, because they believed writing was an effective way to spread the truth.

Most notably, in the fourth century, Athanasius powerfully defended the full deity of Christ through tracts and treatises. The widespread acceptance of Christ’s deity and the Nicene Creed are largely due to his efforts.

Since then, Christians have continued to use tracts to teach doctrine, as well as salvation. Some were extremely influential, as in the case of Wycliffe.

Wycliffe’s short tracts and treatises were ordered to be burned; but before they could be destroyed, his writings had planted seeds—seeds that even the most vigilant and powerful adversaries could not uproot.

Even though those who possessed them were threatened with death. his writings had already helped to spark the unstoppable Reformation. A tract could speak to thousands in places he could not personally reach.

Around 1389, one of Wycliffe’s students from Bohemia introduced the tracts to his friend John. After reading them, his life would never be the same, nor would hundreds of others. John Huss would forever be grateful for Wycliffe’s role in the “happiest and most momentous event” in his life. A Reformation was stirring, and writing was its most effective vehicle.

Printing presses during the Reformation were constantly warm with the writings of the Reformers and their opponents. Theological debates raged, and prominent theologians like Luther, Calvin, and others found that tracts were one of the most effective ways to make an influence.

One opponent of the Reformers complained, “The Gospellers of these days do fill the realm with so many of their noisome little books, that they be like to the swarms of locusts which did infest the land of Egypt”.

The famous martyrologist John Fox noted that “God hath opened the press to preach.” Christians could be killed for their faith, but no longer would the truth be limited to those they could personally interact with. The press allowed the widespread distribution of millions of writings which traveled to places the Reformers could not personally reach.

During this time, societies were formed to distribute tracts and religious literature both at home and abroad. The settling of America, French Revolution, and pioneering of foreign missions created fertile ground for the seed of the Word.

In 1649, Parliament and King Charles II formed The Society for the Propagation of the Gospel in New England and Parts Adjacent in America. True to its name, this was the first of several organizations that would promote the gospel in newly-found America.

One of the earliest Puritans Cotton Mather wrote, “Who can tell but that, with the expense of less than a shilling, you may convert a sinner from the error of his ways and save a soul from death.”

Around the time of the French Revolution in 1790, Englishwoman Mrs. More wrote a tract titled “William Chip,” never expecting it to be of much use. Much to her surprise, in the first year alone, two million were printed. The turbulence of the revolution had stimulated reception of the gospel, and she and others continued writing wildly popular tracts.

Internationally, William Carey founded the highly successful Baptist Mission Press in 1800. Though its original purpose was printing Scripture in the native languages, it eventually expanded to include tracts and religious literature.

In London in 1799, the Religious Tract Society was formed to circulate evangelical tracts, specifically designed for women, children, and the poor. Their counterpart, the American Tract Society, began in 1825 and continues to this day.

During the Civil War, tract societies received widespread support from Northern, Southern, and even international organizations. The millions of tracts they printed were overwhelmingly welcomed by the soldiers.

From offering comfort for wounded soldiers to urgently calling for salvation, these tracts had a noticeable impact on both Northern and Southern troops.

One Northern organization alone distributed 30 million tracts and nearly a million Bibles to the troops. Inexpensively, a ten-page tract could be produced for 1 cent in 1825. In one case, several soldiers volunteered to lug large packages of literature ninety-two miles, “so anxious were they that their comrades should have the precious message of salvation.”

Tracts were in much demand through the19th and 20th centuries, and many societies were formed dedicated to their printing and distribution. With advances in travel, tracts grew to have world-wide impact.

Spurgeon penned many evangelistic tracts and urged his students to use them. At times, he personally went door-to-door distributing them. He wrote, “When preaching and private talk are not available, you need to have a tract ready. This is often an effective method. . . Get a good, striking tract, or none at all. But a touching gospel tract may be the seed of eternal life.”

Tract societies printed millions in England and distributed them internationally. One of the millions they printed wound up in the library of devout Methodist James Taylor.

Unbeknownst to him, Taylor’s son was about to leave his father’s faith for skepticism.

It was a holiday, and he was alone. Dusty books lined the walls of the familiar study. A tract caught his glazed eye. It would be “prosy,” he knew from experience. As he skimmed “the finished work of Christ,” he suddenly understood — Christ had done all!

Such good news was this, that he devoted the rest of his life to sharing it in the Orient. Through the China Inland Mission, millions in China heard of Christ. His name was Hudson Taylor.

A well-written tract can intrigue the curious, engage skeptics, or offer hope to the purposeless. A tract can speak to thousands we could never personally engage with. It can also reach those surrounded by Christianity, yet secretly doubting.

The year was 2015. The young atheistwalked out of a movie theatre with his best friend. Outside, someone handed him a tract, but he stuffed it in his pocket, intending to throw it away as soon as he rounded the corner.

Later that night, he found the tract still in his pocket. He glanced over it, and could not hide his eyes from John 3:16. The God he had rejected had finally captivated his heart, and he crumbled in surrender and repentance.

God is still using tracts today to reach those who would be otherwise closed to the Gospel.

We print thousands of tracts, but the potential of just one tract could mean millions in China hear the gospel. Or a warrior of hate turns the world upside down with love and forgiveness. Or an atheist acknowledges his Creator.

Our emphasis is not on the method—distributing tracts, preaching, building personal relationships—no, our emphasis is Christ, and His Spirit is the One who draws men to Himself. But Christ is such amazing news that we will use every means possible to spread His gospel. To his students, Spurgeon urged, “Let us save men by all the means under heaven.”

Mitsuo Fuchida was just one of the thousands whose lives have been changed forever from reading a tract. Former POW DeShazer recalled of the Japanese captain, “I saw him just before he died. We shared in that good wonderful thing that Christ has done”.